We combine our experience in crowdfunding, marketing, and engineering to make projects happen.

We're an international team based in beautiful Barcelona and Porto.

Bea holds a Master's in Law. She volunteered for some non-profits before co-founding Backercamp. A nature lover and avid reader, she loves painting watercolors, gardening, and piano music.

Jonathan holds a Master's in Industrial Engineering and has experience in computer programming. He is enthusiastic about advertising, technology, Ancient History, and loves sushi.

Rui holds a Master's in Computer Science & Engineering. Before joining Backercamp, Rui worked in three different continents in all things software. He loves learning and teaching anything he can get his hands on!

Carlos is a Computer Science graduate who spent most of his career developing web applications for different companies in Barcelona. Passionate about software architecture, domain driven design and PHP code, he’s not afraid of coding in other languages though.

Nelson is a Computer Science graduate and has been coding ever since. Interested in new technology and developing for the web. Always aspiring to learn new skills.

Bill is a software engineer who works mostly in backend development but occasionally dabbles in frontend work. He has worked with startups based in Asia and Europe. When not coding, he goes through his backlog of movies to watch and critique.

Claudio is a backend engineer versed in many programming languages and always up-to-date with recent tech trends. He likes working in international environments and traveling while doing so. He loves food, coffee, and cats.

Marian holds a Master’s in Bilingual Education and is an English Philology graduate. After teaching for ten years, she decided to turn her passion for creating into technology, and she began her journey as a FE dev. Her ideal day is filled with surfing, coding, and reading.

Tom is a finance graduate with a background in sales and marketing. He has a side gig as a music producer, and is happiest when he's performing on stage with his band, or at the Camp Nou cheering on FC Barcelona.

Our team is complemented by former clients, product creators, and seasoned entrepreneurs.

Want to join us? Drop us a line at: 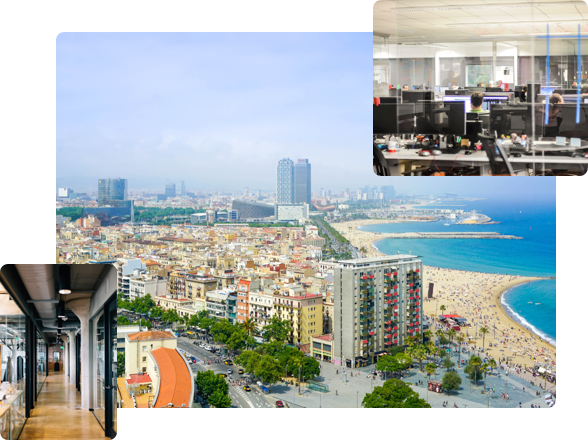 There aren’t any open positions at the moment.

Learn more about our Partner Program